The largest single update to Commusoft since May's release

This release is epic.  It's a huge update with hundreds of new features, bug fixes anad improvements.  The biggest being a brand new feature called Service plans.

Since releasing v4 we're always known a key feature was missing.  In our previous version of the software, we called them insurance plans.

Service plans can be created and assigned to customers and work addresses.  The basic idea is that Commusoft will track when service plans have been sold to a customer and will track what plan the customer is on and when that plan expires.

Currently this feature doesn't have an invoicing/billing element to it (so we wont be able to invoice for the plan), but that is something we'll be working on later this year/next year.

If you currently selling/thinking of selling service plans, do let us know by emailing support@commusoft.co.uk as we've got some fantastic new features lined up and we'd love to talk to you about them.

Print off all your invoices that haven't yet been sent

It's now possible to bring up your sales report and click to print off your invoices. 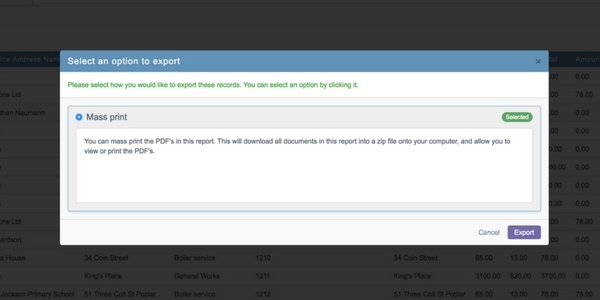 This is a fantastic tool which will let you easily identify which invoices haven't yet been printed or emailed and print them all off straight from the sales report.

We've been working with a lot of customers recently to import their customers into Commusoft.

This is often the first impression customers get of using Commusoft and therefore we need to make sure it's really streamlined.

We've significantly improved the user experience of uploading the spreadsheet and assigning the fields and columns making it a lot easier for clients to get information into Commusoft quickly and easily.

We've had some great feedback from a number of clients who were frustrated at having to pick a contact when emailing an estimate, job report, invoice etc. 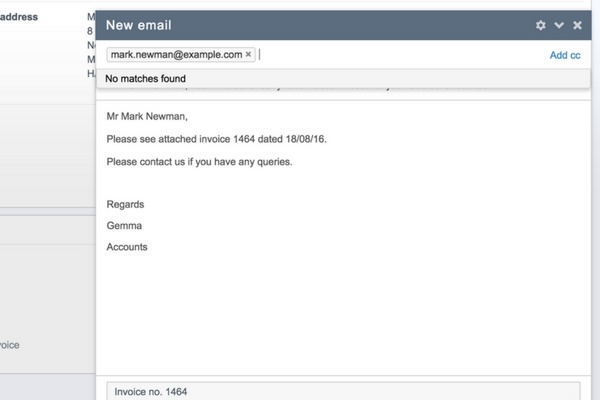 We've updated the email widget to now allow you to type in the customers email address instead of selecting it from a drop down.

This is perfect if you're need to quickly send an email to someone who isn't a contact saved against the customer/work address.

We've been working to improve the speed on loading the diary.

Although the diary is already incredibly quick at loading, we knew there was a bit more we could squeeze out of the page.  This was especially relevant for those clients with hundreds of engineers.

We've worked hard at squeezing every millisecond out of the loading which should make it more responsive, helping you get more done.

We've fixed over 100+ bugs and minor improvements throughout the software, making it more stable and more reliable.