Product Blog > 2016 in review: Progress with the new software and migration process 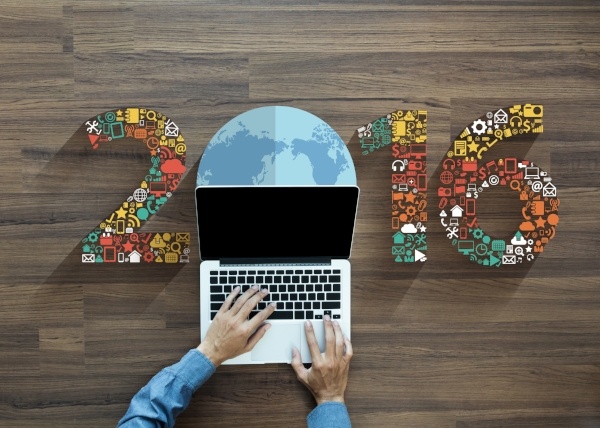 2016 in review: Progress with the new software and migration process

What a crazy year.

If you've been following our product blog you'll know all the great work our team has been doing.  Here's a quick round up of some of the great features we've launched:

Migrating to the new software

We've had lots of calls and emails over the past few months from clients angry that they haven't got access to the new system yet, despite our announcement of its launch.

It's this that prompted us to reach out and let you know exactly what's been going on and what's planned next.

So far, we've migrated 21 clients from Commusoft v3 to v4 as part of our voluntary public beta programme, which essentially these clients signed up to help us resolve bugs and stabilise the software. As part of this process, we've: 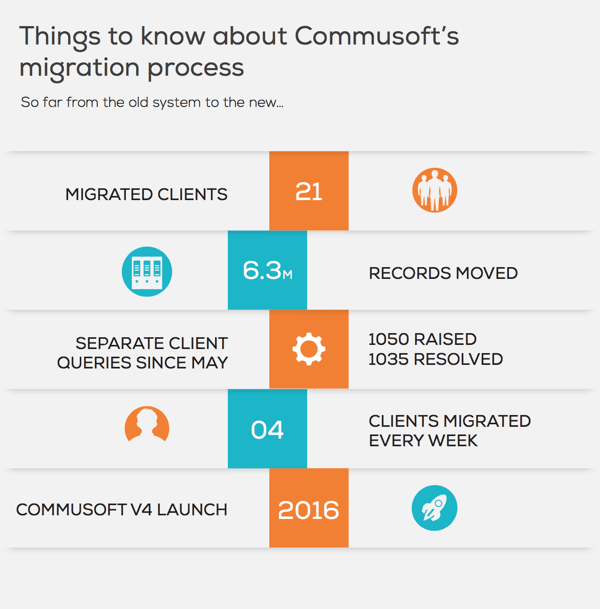 While we're aware how excited many clients have been about moving to the new software and the new features it provides, we didn't want to move hundreds of businesses onto the new platform only to find we then couldn't provide the level of service and support that you're used to.

We want to make sure your first experience of the new software goes as smoothly as possible, which includes making sure the Commusoft team understands the sorts of questions and problems you may have on day one and is able to provide help to reduce any disruption.

This is why, over the past several months, we've been focused on improving the quality and performance of the software to make sure the transition is as easy as possible for your team and business.

The new system isn't really an upgrade – it's a new piece of software.

On the whole, clients who migrated have enjoyed the experience. But they've also all told us that the differences between v3 and v4 are significant and initially caused confusion. We've therefore learned that, while we've provided a much more extensive knowledge base with thousands of videos, we may need to specifically help educate users on the new features and how to achieve the same tasks they're used to performing in the new system.

It's also been evident that many businesses haven't prepared for this change and are simply planning to 'wing it'.

While I appreciate the Commusoft upgrade may not be high up your list of things to worry about, I don't want your business or staff to suffer when your business migrates to v4 due to lack of education.

For those businesses that want to use their migration as a way of re-evaluating their company's procedures or processes, we offer training and consultation packages. If you're interested in our training plans, please don't hesitate to get in touch using our online form.

When will my business move to the new software?

We're currently moving four clients from v3 to v4 per week, all of whom are part of our beta programme. While the software is stable, the beta programme will continue until we're 100% happy that the processes are fully refined.

Advice for clients migrating in December or January

If you're migrating soon, I highly advise you to be as prepared as possible – don't just 'wing it'.

Try out the soft migration. Create customers, estimates, jobs, diary appointments, certificates and invoices to test out how the new software works and how it differs from Commusoft v3.

Watch the videos and webinars, as they'll teach you what to expect and how to get the best out of the software.
Follow to the letter the instructions in the email Commusoft's client services team will send you before you migrate. Don't ignore it, because it's there to help you.
Finally, I'd urge you to strongly consider training. While training does cost money, we've designed all our training programmes to show you how to take best advantage of all the new features in Commusoft v4 – helping you to save valuable time.
To understand what is soft migration and hard migration download the full inforgraphic below or click here