Product Blog > Our new iOS app is much faster - here's exactly how much... 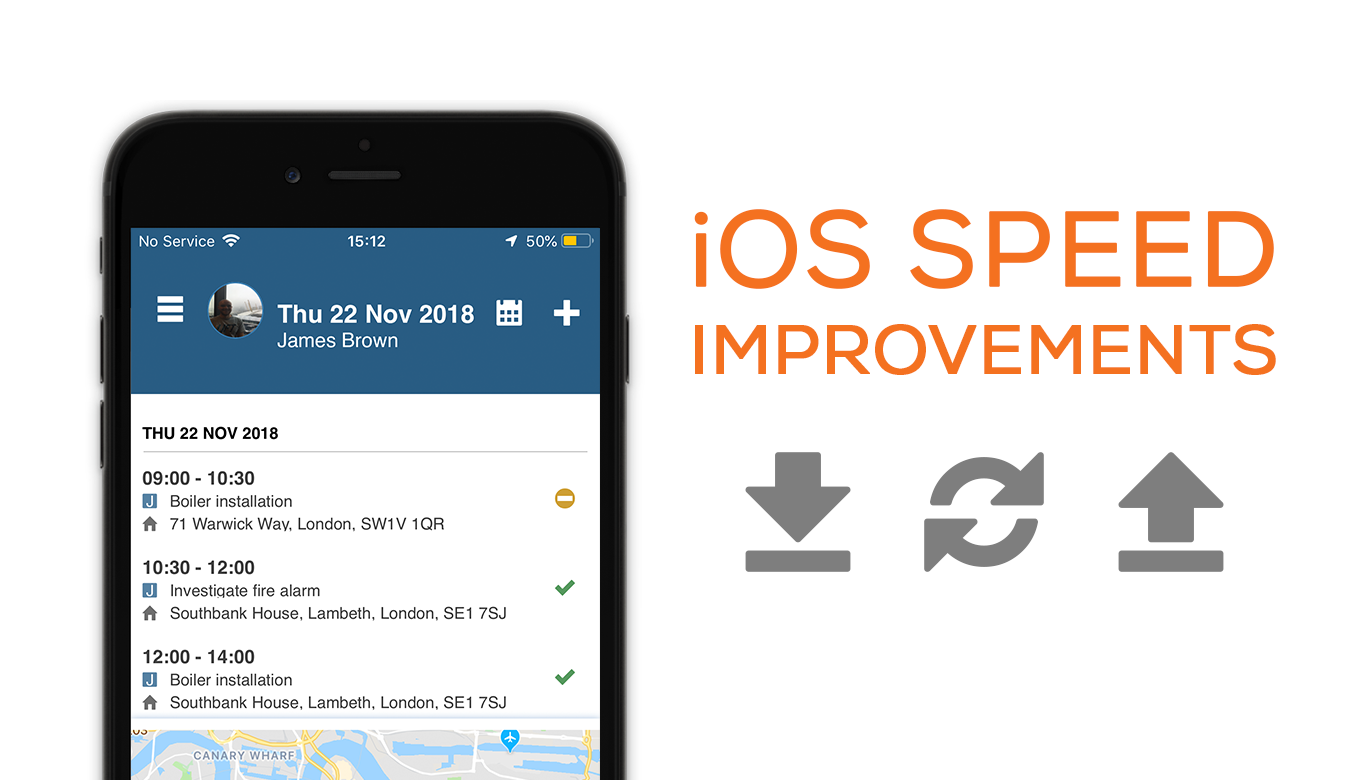 Our new iOS app is much faster - here's exactly how much...

Last month we released a huge update to the Commusoft app for iOS devices. This included a refreshed diary, voice search, multiple engineer diaries, map view, video attachments, and more. The user experience was vastly improved, however, there were even bigger changes behind the scenes to the app's speed and performance.

The core of the system has been significantly upgraded and improved upon, resulting in faster than ever loading and syncing times. We don't like to brag, but we thought we'd share a few stats of exactly how much faster our new iOS app is!

The results below are from a test environment (with a good internet connection!), however, the test was conducted with one of our largest databases - that's thousands of customers, jobs, and estimates.

Every time you add information into the Commusoft app, such as adding a new customer, that data needs to save and sync to the web app too. Previously, this took around 4 seconds - with the new app, we've got that down to just 80 milliseconds! That's 500% faster!

Data sync from web to iOS

Similarly, your mobile app needs to receive data from the web app, for example when office staff add invoices to a job. The new app is now a third faster at syncing data from the web, cutting that time down to 2 seconds.

When you create a job or estimate, the job/estimate number is not generated instantly, instead the request is sent to the server, a number is assigned and that data is sent back to the user's device. This is to make sure that if multiple users are creating jobs and estimates at the same time, it doesn't result in duplicate job/estimate numbers. We've brought the time for that whole process down drastically.

Bear in mind that there are dozens of reasons why the app and syncing speed may be slower than these test speeds. However, we know when our test speeds improve, it certainly results in an improvement for our users too!

What else was updated?

Check out this video to see all the new features available in this massive iOS update:

Are you happy with the work we're doing? We'd appreciate it if you let us know in a review - we love reading your feedback! You can review our software here.