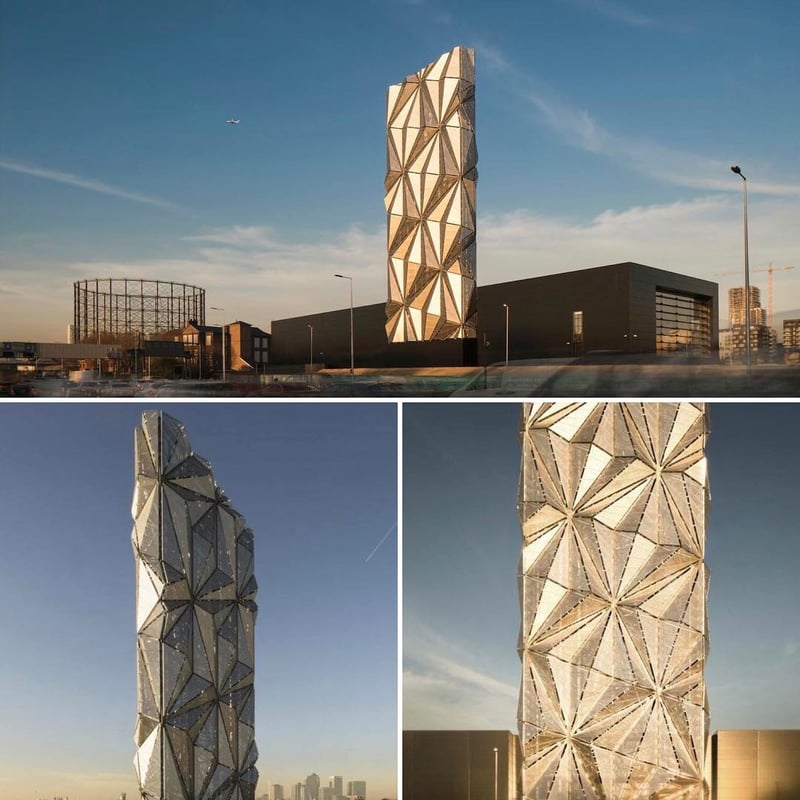 Over the next few years, London's Greenwich Peninsula is set to change beyond all recognition. As one of London's biggest urban development areas the site will encompass the O2 Arena, originally the Millennium Dome, and include the building of over 10,000 new homes and 300,000 square metres of business space. For those in the energy business, the decisions over heating and power for this exciting development reinforce a new phase in energy power generation.

The energy for this development will be provided by the new Greenwich Peninsula Low Carbon Energy Centre which will operate as one element of the Peninsula's Sustainability Strategy.

The Low Carbon Energy Centre will house a series of state-of-the-art boilers and is part of a government-level push to move towards the UK-wide use of CHP (Combined Heat and Power) and the decentralisation of energy generation for London.

Decentralised energy generation represents a simple process. Instead of each home or business having a boiler which produces its own energy, boilers or other generation methods are centralised within a district and hot water for heating and general use is piped to homes and businesses within that district. Each recipient location is fitted with a Heat Interface Unit which acts as a junction between the central energy centre and the location's own heating and hot water systems.

Decentralised energy generation is not a new concept, Nordic countries have been using it for a long time with heating and hot water in Reykjavik being provided by geothermal springs 30km outside the city. Decentralised energy generation comprises of methods of generating energy that do not operate within the main grid and rather serve a much smaller, more defined area of energy need.

Decentralised energy can include micro-renewables such as wind, tide and biomass and its advantages over centralised energy production include the ability to meet demand, immediate availability, reductions in energy insecurity (power cuts etc) and improvements in sustainability. Aberdeen City Council have successfully introduced a district heating system to a set of 1,500 flats with impressive results.

Tenants report savings of up to 50% and there has been a 45% reduction in carbon emissions. London already has a number of decentralised energy generation centres and the target set by the Mayor to use decentralised generation for 25% of London's energy by 2025 will be nearer to being met with the opening of the Greenwich Peninsula Low Carbon Energy Centre.

*The Greenwich Peninsula Low Carbon Energy Centre represents an estimated contract value of £87 million and has been designed to heat 15,700 units including homes and offices via 10 miles of pipework. When complete, it will have 3.5 million square feet of space and a gas energy production capacity of 87MW.

Adaptability has been built into the design to allow for other methods of energy production as time progresses. Pinnacle Power have responsibility for all aspects of the centre from design to delivery and have set up a new company, Loka Energy to manage the heating network. The contract period for this project is 2014-2039, smaller interim energy centres have been set up to manage energy demand as the Peninsula's urban development starts to complete. 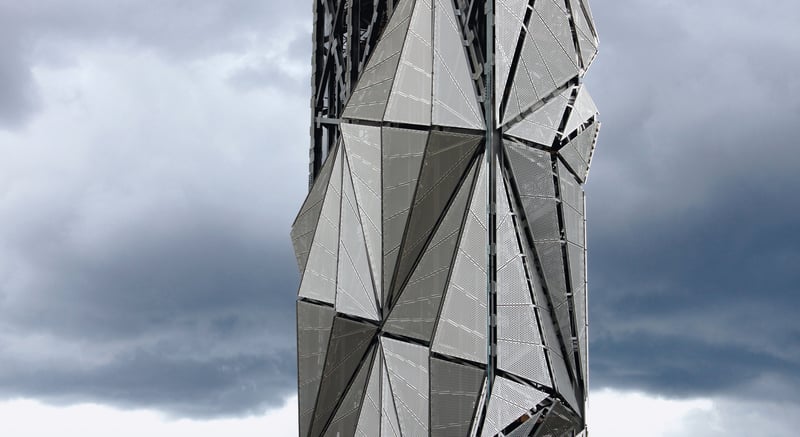 Who will supply the energy?

Energy will be supplied by Loka under two different charges, there will be a fixed charge which has been set at £343 per year including VAT, and a unit charge of 7 pence per kWh (kilowatt hour), this equates to a suggested average total bill of £553 which represents considerable savings when compared to traditional heating systems. 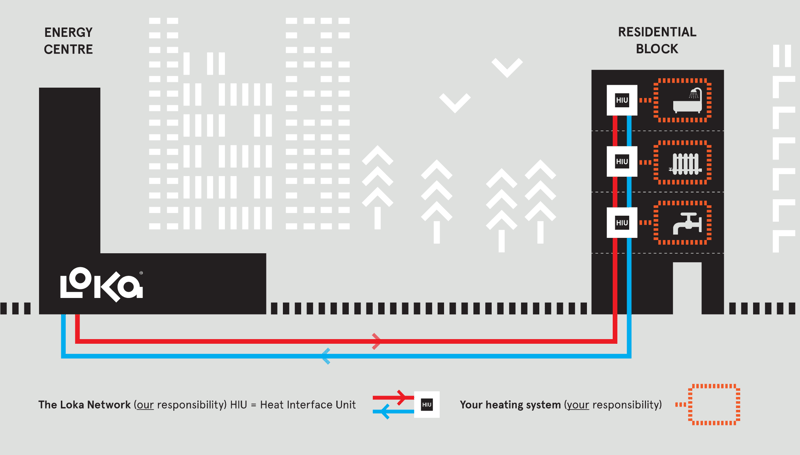 Who will benefit from the low Carbon Energy Centre?

Customers will not be the only ones to benefit from the Low Carbon Energy Centre, the estimated carbon dioxide reduction will represent the same amount of saving as taking 18,000 cars off the road. The Greenwich Peninsula Low Carbon Energy Centre Building will be the largest newly built district heating system for a residential area in Europe.

It was commissioned by developers Knight Dragon and is being built by Kier Group. Designed by Danish architects CF Moller, it is sited in a prominent location near to the entrance of the Blackwall Tunnel and the huge 49-metre-high chimney has been designed to have landmark status.

The chimney is clad with hundreds of perforated triangular panels which are folded around the surface of the tower. These panels set up a similar style of interference to that experienced when lines (the panel edges) or dots (the perforations) appear superimposed over each other.

“When the light is on the same side as you when you come round, it starts to shimmer and gets this optic, disruptive surface, hence the name The Optic Cloak”

Because the human brain struggles to work out perspective and vanishing points, the cladding creates a complex visual experience. This effect is enhanced by night lighting which changes to create different compositions. This work of art has been appropriately called 'The Optic Cloak' by its artist Conrad Shawcross and is a fitting nod to London's tradition of splendidly architectural power stations such as Battersea. 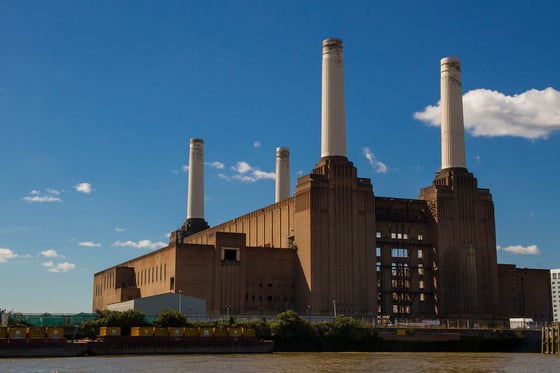 As well as allowing for built-in flexibility for future energy developments, it was also felt to be important that opportunities were created from the onset to facilitate the demystification of energy generation.

To this end, the Low Carbon Energy Centre has embraced an educational approach which has been facilitated by the inclusion of a visitor centre that will offer interactive teaching experiences and events by audience invitation.

There is also a proposal on the Greenwich Peninsula Energy Centre site for the development of an ENVAC system which will be the UK's second underground vacuum waste system, after Wembley city.

As the UK's requirements for additional housing increase, it remains to be seen how many new developments will adopt a similar decentralised approach to the Greenwich Peninsula project. There are other industry-influencing factors to take into account, such as the development of energy storage technology and existing barriers to market participations, which include the initial costs of building new facilities.

Hundreds of similar district heating networks are planned across the country and government funding has further encouraged interest.

In a forward-thinking step, the Department for Energy and Climate Change has produced a National Heat Map which shows a detailed map of heat demand for each region. 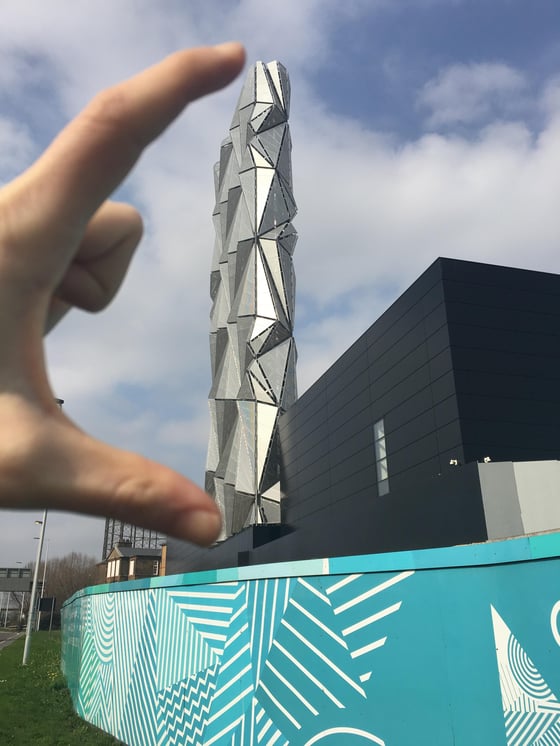 Read as well: How UK heat policy will impact on heating installer?